Please complete the form below

Please complete the form below with as much detail as you can. Thank you.

One Spirit Complimentary Animal Therapies will never exchange or sell your information to another organisation for their own purposes. We only collect and use personal information necessarily to ensure the services we provide is in line with the requirements set out by Tallgrass Animal Acupressure Institute.

How much do you charge and how far do you travel?

The first session can take from 1 hour to 1½ hours, and will cost £55. This longer session includes a full visual, a hands-on assessment, as well as taking the opportunity to gain further insight from the animal’s guardian. Follow up sessions can be from 45 mins to an hour, but I welcome time at the end of the session for the guardian to ask any questions that may arise as a result of the session.
With regards to how far I travel that very much depends on the location of my previous client and if that will affect the timing. I also need to factor a break for myself to prepare personally and energetically before seeing the next client. If in doubt please do not hesitate to get in touch.

What if my dog/cat chooses to want to move off during a session or move around?

That is completely fine and is often expected especially during the first couple sessions. Some pets completely relax and sleep throughout, and sometimes carry on sleeping deeply after. For others the sensations they may feel, and the unusual way an unfamiliar human is touching them, could feel intense at times and so they may need to break away and move around for a bit. That is absolutely fine. Remember how dogs have been training us over the years how and where to stroke them? They may keep trying to get me to stroke them the way they want me to, but I would have to gently decline and work on those sensitive areas in order to help them.

My dog is a rescue / afraid of others entering the house, will bark and pace or is afraid of being touched. How will you be able to do the work you do?

We have had this situation occur many times, and I have worked with the most timid of rescue dogs especially as I support the O.U.R Dog Foundation, Saving Romanian’s Death Row Dogs. When I first enter the home of a timid dog I make no eye contact and use several subtle body language techniques which I developed when studying with the Australian Veterinary surgeon Dr. Edward Bassingthwaite. During this time I am diplomatically assessing the dog visually but, at the same time, allow the dog to take his time to suss out who I am and what I am about. Usually when a timid dogs creeps nearer because curiosity has got the better of him I slightly alter my body language to reinforce I am no threat. I will not push or rush building up the trust but it never fails to amaze me how these timid dogs slowly come out of their comfort zones. I have a brief video on my website of a wonderful Romanian dog would hide behind the furniture barking, terrified. Just using the body language alone we were able to reach a point where the dog allowed brief touch and then towards the end was relaxed asleep while I was doing some gentle hands-on work.

What do I need to do as the owner during the session?

Please book a time when the house will be calm, relaxed and quiet and provide an area where your pet has a warm cosy comfortable space. Preferably no television on to help create the perfect atmosphere for your pet to relax more easily. Please allow enough time for the session so that there will not suddenly be children or husbands arriving home who are going to go raiding the fridge for something to eat – trust me it has happened! I will always allow time at the end of the session to answer any further questions you may have.

I have other dogs in the house, where do you want them during the session?

The answer to that depends entirely on the pack dynamics. If they are all generally happy to lay down and relax, then they can stay and even benefit from the calm energetic atmosphere that is often created during a session (many owners find themselves feeling very relaxed and sleep!). However, if you have a young dog or, by its character one that is likely to be bouncing around, inviting games from the dog I am working on or the owners, it would be best to have that dog in another room – as lovely as he/ her playfulness is, it could counteract the work I am doing during the session.

How different is the Acupressure you offer compared to the Acupuncture that Vets offer?

The training to provide either Acupuncture or Acupressure is the same, as both study the originating principles of these therapies as far back as 2000BC in China. Both practices follow the same fundamental principles of using specific acupoints which are located throughout the meridian system (energy pathways) all over the body. Explaining the thousands of years of Traditional Chinese Medicine and acupuncture / acupressure including meridians and acupoints can be hard to grasp. The way I explain it to clients is by using the London Underground Map – all the London Underground lines can be thought of as the meridians travelling around our body. The stations on each underground can represent an acupoint along one of the meridian pathways within the body. Anyone familiar with travelling on the underground knows the feeling when a station is closed – the congestion that builds up has a knock-on effect with the other stations and lines. Much the same effect can happen energetically within the human or animal’s body. Chronic disease, trauma, ill health, old age, to name but a few, affect the flow of energy (Chi) around the body. The only difference between acupuncture (where the vet inserts needles in to specific acupoints to promote healing) and acupressure (when the Practitioner applies pressure to the relevant acupoint) is the use of needles instead of pressure. In addition, the Acupressure Practitioner can visit the animal in the comfort of their own home instead of travelling to the vet.

In summary, both Acupressure and Acupuncture offer the same benefits, where one uses needles and the other uses different amounts of pressure.

How is the Whole Energy Body Balance (WEBB for Pets) beneficial?

The intention of the WEBB work is to invite healthy movement and energies throughout your pet’s being on all levels – Physical, mental and emotional. An assessment is carried out looking for pain, tension, healthy movement and energy flow by way of palpation, as well as checking each vertebrae of the spine for healthy movement which allows us to identify areas where tension / trauma has built up either over time or due to trauma no matter how small or how young the animal may be.
After the assessment Bodywork is commenced but always through an open, kind and respectful connection and communication with the animal that is having WEBB session. The hands-on- skills used to free up areas are pulsing, somatic relaxation work and physical releases/mobilisation of the spine, fascia, soft tissues and core body structures.
The Whole Energy Body Balance (WEBB) for Pets method used is guided by the individual animal we are working with. BY listening intently to the animal with all of our senses and responding to their communications we are able to adapt our hands-on-connection to work with what the animal or their body shows us needs more urgent attention. Dogs are wonderful for letting us know where hurts, just as working so intuitively and sensitively with the animal we are able to assist those with deep hidden emotional pain, to free ad release it feeling safe.

See You tube video of Dr. Edward Bassingthwaighte BVSc(Honsll) founder of WEBB For Pets demonstrating the effectiveness of one of the WEBB techniques for an overly anxious dog:

At the end of any session I write up my findings and work I carried out so that if needed these can be forwarded to any Vet, Specialist, Physio, Hydrotherapist, or other professional who is also working with your pet so that we can all work together as a team for the better outcome of your animal. 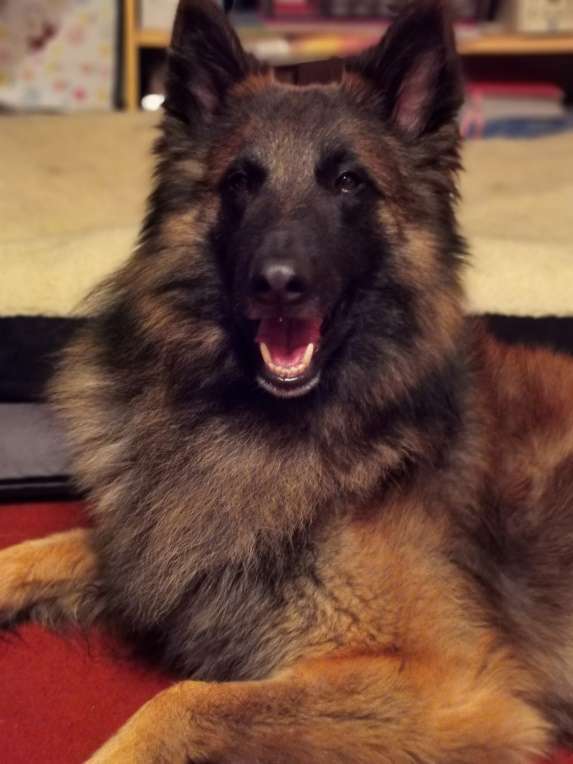