Acupressure and acupuncture are the key components of Traditional Chinese medicine (TCM), a system of healing that dates back over 1000’s of years.

The only difference between acupressure and acupuncture is that acupressure uses the practitioner’s fingertips to apply pressure to specific points on the body, and acupuncture uses needles inserted into the body at those points. They are both just as equally effective. The training to become a Acupressure Practitioner is just as in-depth and covers all the training required to study acupuncture but excludes the use of needles. In the UK you need to  be a licensed veterinarian to practice acupuncture. This is why acupressure has grown in popularity over the years – can be done in the comfort of the animals own home.

How does Acupressure work

Think of the London Underground. Explaining thousands of years of the principles and practices of Chinese medicine, including the concepts of Chi and meridians can be hard to grasp. So if you think of the map of the London Underground as representing the meridian network in the humans and animals body. Then imagine each of the stations being an acupressure/ acupuncture point. Anyone familiar with travelling on the underground knows what congestion occurs stations or lines are cancelled or closed.

This analogy is much like what occurs within the human or animal body when blockages occur along the any of the meridians. These blockages can lead to an energetic chain of events which could then lead to pain, disease, issues near the surface of the body. If the imbalance is not resolved then depending on the location? secondary issues deeper in the body and organ function can be affected.

During a session, a full history is taken and an assessment is carried out of the whole animal, including lifestyle, diet, history of any symptoms including any specific times of the day or year symptoms are more problematic. A hands on assessment then helps identify areas of blocked, congested or deficient energy? Through carrying out the acupressure session, relevant points that are required according to the nature of the imbalances or symptoms being experienced are worked  on.  This helps diffuse any toxic buildup, readdress any imbalances, which aids in promoting a healthier circulation of blood, fluids and energy = allowing the body to heal naturally.

While acupressure can successfully help to resolve chronic problems (especially those often seen with the older animal), its intent is preventative. Maintaining health through regular treatments, or by resolving a problem in the early stages supports with reducing the risk of  certain issues  becoming chronic or serious. The emphasis is on healing the whole body and seeking the root cause of an illness, rather than simply treating the current symptom.

This gentle, non-invasive and safe treatment for dogs, cats and other pets can help 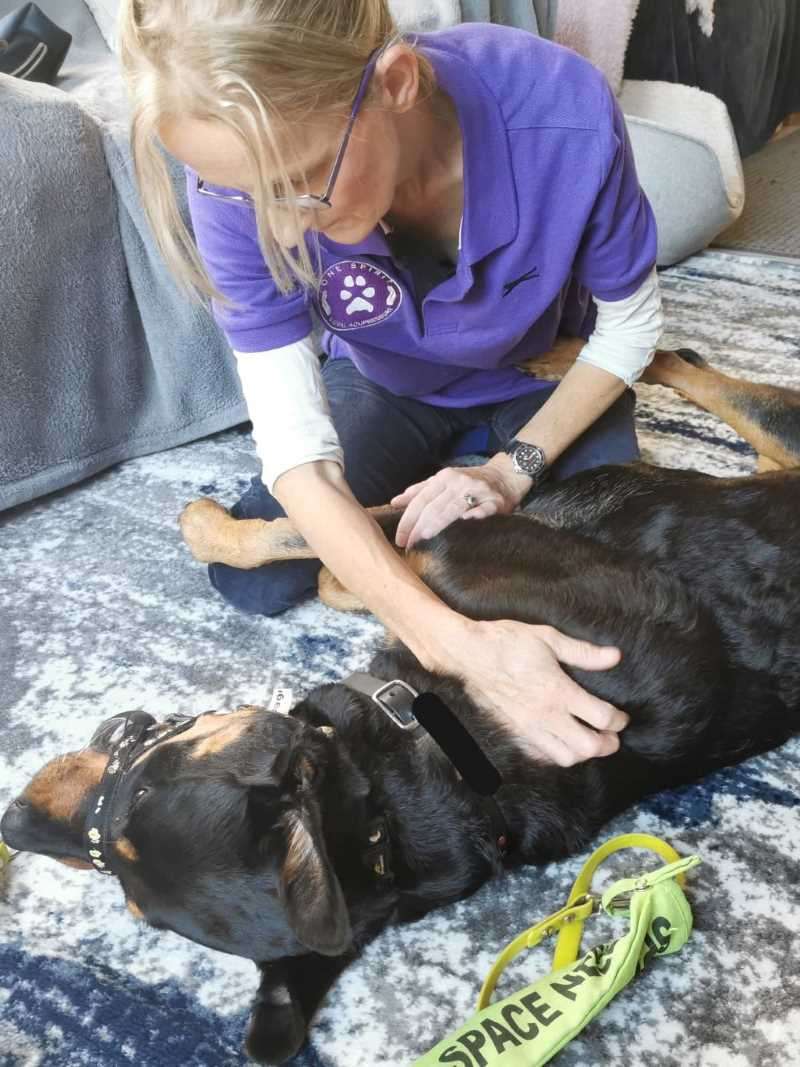 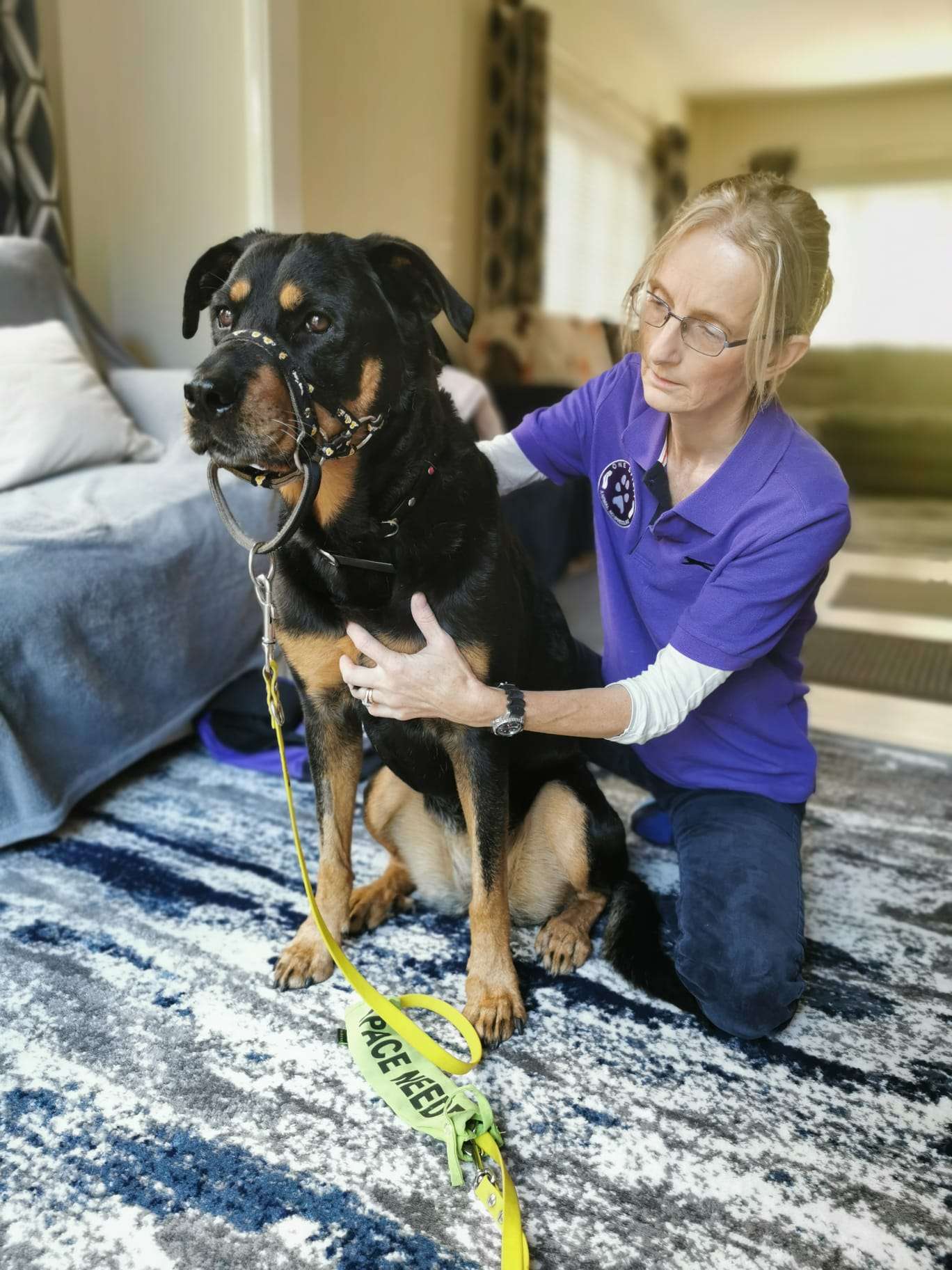 Read how we Have Helped

We have helped multiple animals with pain management and relief, and we have a small selection of case studies for you to read. If you are still unsure if we can help your pet, please don’t hesitate to contact us so that we can have a chat about your situation.

The original texts relating to Chinese medicine are estimated to be over 2,500 years old. Since then, over a thousand more books have been written about Chinese medicine / healing. In the West today, nearly all the forms of Oriental medicine offered has its roots in Chinese medicine. The oldest text related to acupuncture is dated as far back as 282 A.D.

The practise of Traditional Chinese Medicine is based on the practice of preventative care. Hundreds of years ago, ‘bare-footed doctors’, would go from village to village and receive housing, food and payment ONLY when the community was healthy. When the community and livestock was well, they lavished the doctor with riches, food and elegant accommodation. However, when the community or livestock and other animals were not well, it meant the doctor was not doing their job properly and so they did not receive any form of payment.

The ancient Chinese understood that all living beings, human and animal are part of the universe – we share the stars and planets overhead and tread the same earth beneath our feet. We all need to eat, sleep, work, play and engage our minds and spirits. The ancient Chinese understood that both human and animal share the way seasonal changes can affect us. Questions the ancient Chinese always studied were ‘how is the human or animal functioning within its environment?’, ‘Is the animal coping well and healthy in the spring when the winds are blowing?’, or do they suffer from respiratory issues in the autumn when the temperatures start to drop and the leaves are falling?’.

The ancient Chinese studied the animal in its entirety within its environment and recognised that each animal just like humans are unique, so an approach to managing their health and happiness must be specific to them.

Dogs and cats like all mammals, require the same basic requirements for health that their ancestors did in ancient times. Although over the centuries dogs have been ‘re-designed’ by human needs, their need for proper food, exercise, rest, play, social interaction and touch remain the same. In Traditional Chinese medicine, health and emotional wellbeing are highly dependant on lifestyle, which can be further supported by acupuncture or acupressure as well as herbs.

Ancient medicine defines health as an internal and external balance of nutrients and energy to allow proper functioning. The Chinese realised the wisdom in sustaining health rather than waiting until the immune system is weakened and the person or animal suffers from an illness.

Acupuncture and acupressure are different applications of the same Traditional Chinese Medicine principles. Because the thin needles used in acupuncture treatments are invasive, they should only be applied by veterinarians trained in canine acupuncture. In addition, herbal suppliments also need to be prescribed by a trained veterinarian or a qualified herbalist because they are ingested. However, acupressure can safely be offered to a dog or cat by a trained practitioner or by their guardian.

When the ancient Chinese looked out at the universe and life on earth, they realised there was a living quality which makes the difference between what is living and what is not. The Chinese called this quality Chi (Also referred to as Qi or Ki – and pronounced ‘chee’). This notion of Chi differentiates Chinese medicine from all other forms of medicine and philosophies of life. It is a unique idea that has come from thousands of years of keen observation and study.

In its most basic expression, Chi is the life-promoting energy that is constantly flowing along pathways (meridians) throughout the body, nourishing the organs, tissues and bones. This nourishment is necessary for the living body to function. However, when trauma, illness or a weakened immune system occurs through being invaded by pathogens, the harmonious flow of Chi is disrupted. This can lead to Chi becoming blocked, stagnant or imbalanced. This imbalance if not restored can penetrate deeper within the body and lead to more serious or difficult issues to resolve.

“Worms will not eat living wood when the vital sap is flowing; rust will not hinder the opening of a gate when the hinges are used each day. Movement gives health and life. Stagnation brings disease and death.”

During an acupressure session, the practitioner utilises specific points (acupoints) throughout the body along the meridian system. These points when stimulated have a powerful effect of influencing the flow of Chi and blood throughout to support the body’s ability to heal itself and restore balance.

“The Chinese do not draw any distinction between food and medicine”

From book ‘The Well-Connected Dog, A Guide to Canine Acupressure by Amy Snow & Nancy Zidonis’